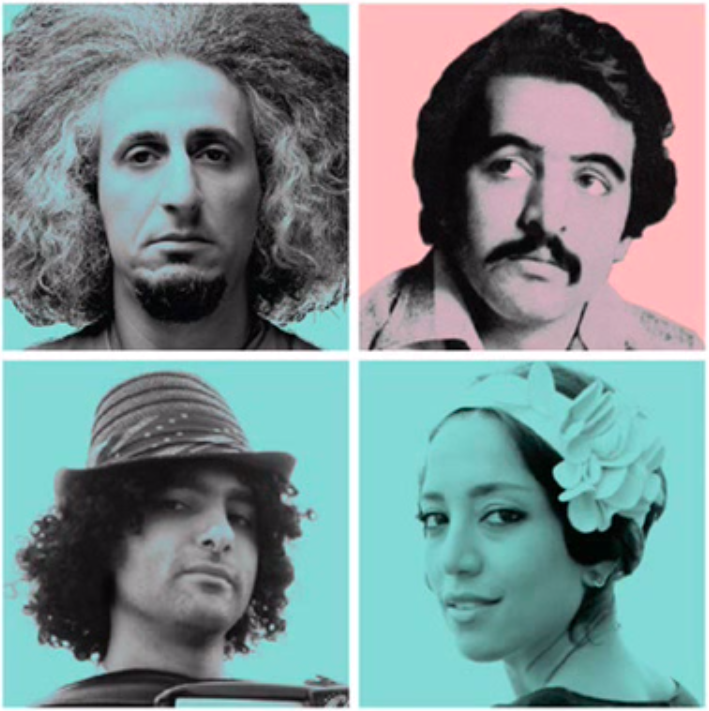 I’ve written before about my appreciation for the work of Mohsen Namjoo in putting Persian poetry to music. In the song Rooberoo, Namjoo and Eendo (another talented band) perform a beautiful adaptation of the poem ‘Point by Point’ written by Tahirih about two centuries ago.

Before we talk about the song adaptation of the poem, we should appreciate who the poet Tahirih was.

Living in early nineteenth century Persia (modern day Iran), Táhirih Qurrat al’Ayn was a theologian and women’s rights activist very much ahead of her time. In fact, her vision of a world where women enjoyed the same rights and respect as men was too much for the authorities of her day to handle.

She not only spoke up and advocated against polygamy, the veil, and other constraints placed on women of her time, but she also embraced and played a leading role in promoting Babism, an offshoot of Shia Islam that would later flourish into an independent religion known as the Baha’i Faith.

At multiple times, the Shah of Persia asked Tahirih to recant her faith, promising her that she would enjoy a prominent position in his harem if she did. She repeatedly refused.

After living under house arrest for four years, during which time the authorities tried in vain to get her to change her mind and conform to social expectations, she was executed as a heretic.

Her final, prophetic words were, “You can kill me as soon as you like, but you cannot stop the emancipation of women.”

The poem that Mohsen Namjoo and Eendo have chosen to put to music in Rooberoo is Tahirih’s “Point by Point.”

The original poem has been translated by scholars Amin Banani and Jascha Kessler.

I copied their translation of the poem on the left below, along with the original on the right.

“Point by Point” (or also “Dot by dot”) is mainly a love poem–but what type of love is left to the reader’s imagination.

In their translation above, Banani and Kessler seem to emphasize the madness of the lover.

The interjections that repeatedly interrupt the flow of the poem on the first line of every stanza ("—just your face!—", “—broken,crushed!—”, “—your cheeks!—”, etc) create an air of chaos and madness. The speaker is so clearly enraptured and consumed by a passionate love for her beloved that she can barely hold a sentence together that is not interrupted by some thought or memory of her beloved.

In the Rooberoo song below, more than 99% of the lyrics are exact words from Tahirih’s poem above. However, the stanzas are presented in different order than in the original poem, and with several repeated ones. One entire stanza from the original poem was not included in the song at all.

From all the other stanzas that were included in Rooberoo, only one word was changed from the original–probably to better match the musical note. Tahirih’s ندید (did not see) was changed in the song to نیافت (did not find). Both have the same meaning in the context they are used, but the “â” vowel sound in نیافت flows better with Namjoo’s singing than the harder “d” sound in ندید.

Enjoy the song below. The lyrics and my reinterpreted translation of the song are just underneath.

Like in my previous post, I’ll conclude with some comments about my translation. At the very end, I will also include my full translation of Tahirih’s poem.

In this translation, I tried to focus less on the madness of the lover. The madness is already so woven into the lyrics that it is inescapable. It seemed unnecessary to drag it out any further through any additional stylistic embellishments.

Instead, I chose to focus more on the natural aspects of that love, and on the many allusions to hunting a prey that are in the original poem. I included a couple metaphors not in the original, comparing the lover to a bee drinking nectar from the beloved’s lips, and the idea of a dart shooting out towards the target of her beloved.

The stanzas in Tahirih’s original poem seem to flow better, and logically make more sense than their rearrangement in Rooberoo. But I do enjoy the repetition of some of the stanzas as refrains.

Of course, the music and singing compliment well the melody and beauty of the poem.

My completed translation of Tahirih’s poem, including the stanza that was missing in Rooberoo, is below. I wanted to also include and translate that missing stanza, as it’s a great and critical part of the poem–it’s too bad it’s not part of the song.

I translated the title نکته به نکته as Dot by Dot (instead of Point by Point) because my translation of the poem emphasizes the geospatial and physical aspects of hunting and narrowing in on a prey–which I find more closely aligns with the theme of the original poem. Point by point has an argumentative connotation, as if the speaker were presenting a list of arguments in a case, trying to convince the audience (or her beloved) through reason. It’s not an incorrect translation, and definitely could be interpreted that way.

But Dot by Dot stays away from that intellectual, argumentative connotation, and pairs better with the notion of lines and physical points on a map.

Tahirih’s poem is truly a work of art. I tried to capture how the speaker goes from being a hunter at the beginning to being the one caught at the end.

But o, what a great thing it can be to be caught.