A musical adaptation of ghazal #921 from Khajavi Kermani 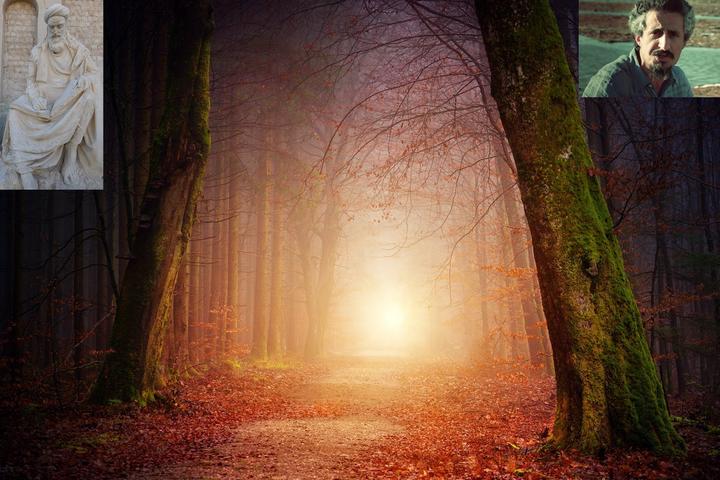 Namjoo’s song Toranj (“Bergamot”) includes some couplets from Khajavi Kermani, a fourteenth century Sufi mystic and poet of Iran. The song essentially captures the dance between man and the divinity, between the physical world of what is and the spiritual plane pregnant with what has yet to be.

Toranj is one of the first songs I listened to from Namjoo, one of the earliest that got me hooked on his work.

The song is below, followed by the translation underneath. My comments on the poem and translation are further below.

This song has been one of the hardest to translate. I had to recruit the services of a much better Farsi (Persian) speaker to help with some more esoteric connotations of some words.

You can tell that the English translation is longer than the Persian original on the right. That’s partly because of the Persian language’s brevity and language constructs that allow writers to pack multiple words into one. For example, the equivalent of “you are [adverb or object]” is just tacking on “ی” to the adverb or object.

But it’s also because the Persian language is naturally rich with metaphors and abstract figures of speech, which lends itself particularly well to poetry. A word-for-word, literal translation of the poem would have lost much of the assumed surrounding subtext and meaning, so some concepts and expressions needed to be unpacked further.

For example, the third stanza uses the word سر on three different lines, but the context in each requires different translations. سر literally means head, but to have the head of (first and last lines) means to search for (kind of like “to head for”). In line two, however, I translated سر as the town’s leader (i.e. the head of the town) because from the prior stanza, we’ve already established that the speaker is in a foreign land.

Using a feminine pronoun to represent the divinity was my own decision too. The Persian original just uses the third person in a gender-neutral way, but “It said” would have sounded too weird. Because Sufi poetry frequently uses the metaphor of a heterosexual romantic relationship to symbolize the desire of man for reunion with the divinity, it made sense to anthropomorphize this divinity as female.

A couple of the early stanzas from Toranj are from Kermani’s Ghazal #921.

If you had to look up what a bergamot is, you are not alone. While most of us may know it in its scented oil form, it’s actually a green citrus fruit as big as an orange, but bitter–and apparently is one of the most difficult citruses to grow.

Perhaps some interesting analogies there with the divine?